There is a great deal of evidence showing that, in monolinguals, various emotional stimuli are processed by the brain in different ways. This view has found considerable support from studies conducted with verbal stimuli. In bilinguals, on the other hand, emotional processing is more complex, and is thought to be influenced mainly by two factors; age of language acquisition and proficiency. In this study, participants were forty-eight simultaneous / early bilinguals, who acquired both languages from birth, and have high proficiency in both. A lexical decision task, i.e., distinguishing real words from non-words, was used to gain insight into to how the participants processed visually presented emotion words in Turkish and English. Reaction times and accuracy were recorded via SuperLab software program and were statistically analyzed. Shorter response times and higher accuracy rates were found for real words compared to non-words in both languages. Also, shorter response times were found for positive compared to negative and neutral words in both languages. An analysis of the accuracy rates revealed no statistically significant differences among Turkish emotion words, whereas, for English, accuracy rates were higher for positive words when compared to negative and neutral words. These results have been interpreted in the light of psycholinguistic models of lexical processing.
PDF
Share on facebook
Share on twitter
Share on linkedin
Share on whatsapp
Share on pinterest 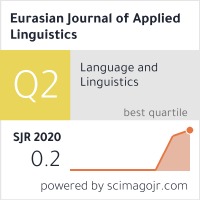